This week I will be talking about two of the most fundamental data structures in computer programming for storing data: arrays and hashes. Although you may have heard that databases are used for storing data, you could thing of arrays and hashes as temporary containers to manipulate data read from or to be sent to a database. These two data structures are quite useful and necessary to manipulate data.

The first thing to understand in order to conceptualize what an array is, and later a hash, is to consider the core of data. Data is something you want to store. For example, lets suppose you wanted to store something as basic as just your first name--Jack, in my case. In programming you would make a variable called "first_name" and assign it the value "Jack", like so (in Ruby):

Now suppose you were asked to store all your classmates, too. This could quickly get cubersome:

You can quickly see that this gets to be impractical really fast. Enter the concept of the array. The easiest way to think of arrays if you are new to them is to think of the times you have used a spreedsheet, like in Excel. We could represent the list of students as a column named "students" and place each name into it's own cell in a column.

In code, you would assign a "column's" rows to an array variable like this:

Notice that like in a spreadsheet, there is a "row number" for each student. In programming we call this the element number. Unlike a row in a spreadsheet where we start counting with the number one, in programming we start at zero, because that's what computers start counting at. We could think of the row number as merely the student ID number. So in our example, here is how we would access Jack's first name:

This is great and all but what happens when we want to store their last name? Well, we could apply the same concept and rename our array variables, i.e., the "columns" in the spreedsheet analogy, to "students_first" and "students_last", like so:

And once again, in code equivalent:

Okay, so this is sort of okay. But what if we now want to store everyone's address, and then home phone, then cell phone, emergency contact person, and THEIR telephone number, etcetera. Now the array is becoming cumbersome just like when we needed a unique variable for each student, we're now finding that we need a unique array variable for each additional related piece of information for each student.

What we need is the hash. A hash is what's known as an associative array. It lets you represent an object's properties, associating a value with a key, or in our student analogy, a student's attributes. For example, we know from our example that for each student, we need to retain the following information:

As you will see below, we can MUCH more easily represent a student with a hash. We create a hash for each student, associating the individual student's information to the respective student attributes. We can still make use of the array concept and assign each student's hash object to the array element representing their student ID:

We repeat for each student's info and access all their info with a print statement as follows:

You can see just how powerful combining the concepts of arrays and hashes can be! Until next time. -- JLH 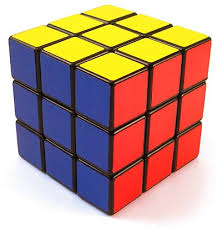